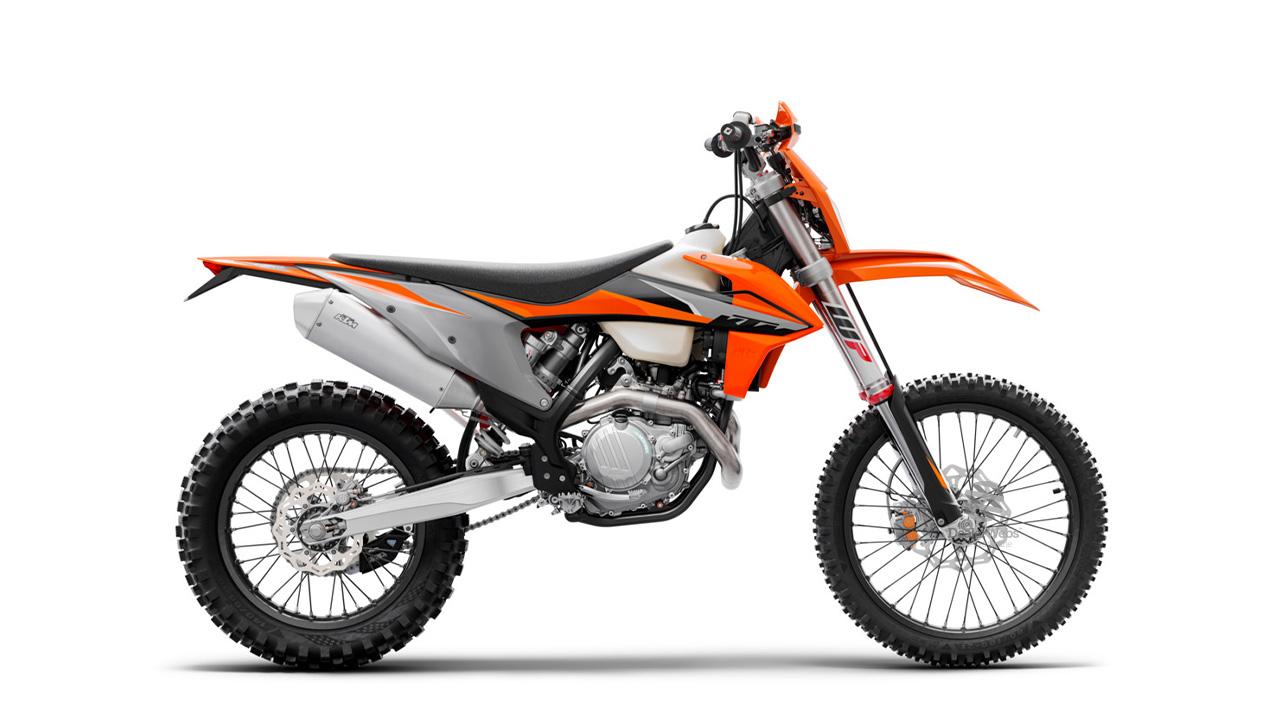 This proven trail conqueror is bad news for the competition. The KTM 450 EXC-F is the industry benchmark and has been intensified through input from KTM factory racers. With impressive and efficient performance, a lightweight frame and subframe, refined bodywork and ergonomics, a compact exhaust system as well as exceptional cooling and suspension, it is sure to remain the standard for all others to follow. Its new graphics and colors stand out as a reminder of its race-proven pedigree.

Combining compact dimension with an immense power output, the KTM 450 EXC-F´s fuel-injected SOHC engine is the most powerful and refined 450 cc on the market. Its class-leading power delivery is available throughout the entire rev range and with a reduced weight of only 29.2 kg, this engine is the most compact, lightest and most competitive powerplant out there. With Euro IV homologation, it's not only considerately green, but leaves the competition green with envy too.

All EXC models feature new high-tech, lightweight chromoly steel frames. This includes hydro-formed elements produced by state-of-the-art robot welding. They retain their race-proven geometries, but by re-designing certain areas they now have a higher lateral, longitudinal and torsional stiffness, resulting in better feedback for the rider, playful handling and improved stability. The laterally attached engine head stays (the connection between cylinder, head and frame) are now made of aluminum, reducing vibration and further contributing to precise cornering. The bikes also feature newly designed lateral frame guards with a structured surface, improving grip, while also serving as a heat protector against the muffler on the right side. The subframe is made of extra-light and stable aluminum profiles, weighing less than 900 gr and is 40 mm longer than before, providing better rear fender stability.

All KTM EXC models are equipped with the same high-strength aluminum tapered NEKEN handlebar. The handlebar allows for four different positions. The handlebars come standard with an ODI vulcanized grip on the right side and a comfortable ODI lock-on grip, which does not require any wire or glue, on the left. All models can be fitted with an optional ignition curve selector switch on the handlebar for selecting alternative maps. The rider also has the option to activate TRACTION CONTROL from this optional switch; a unique feature which guarantees more efficient traction, especially in slippery conditions, and can be activated with the push of a button during riding. 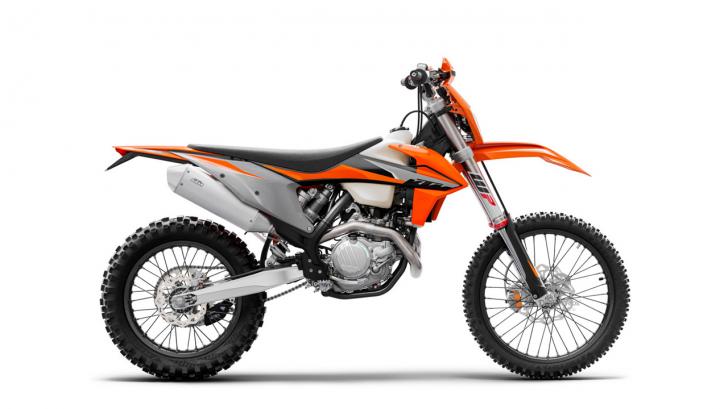